The Vintage Electronics That Are Now Worth A Fortune 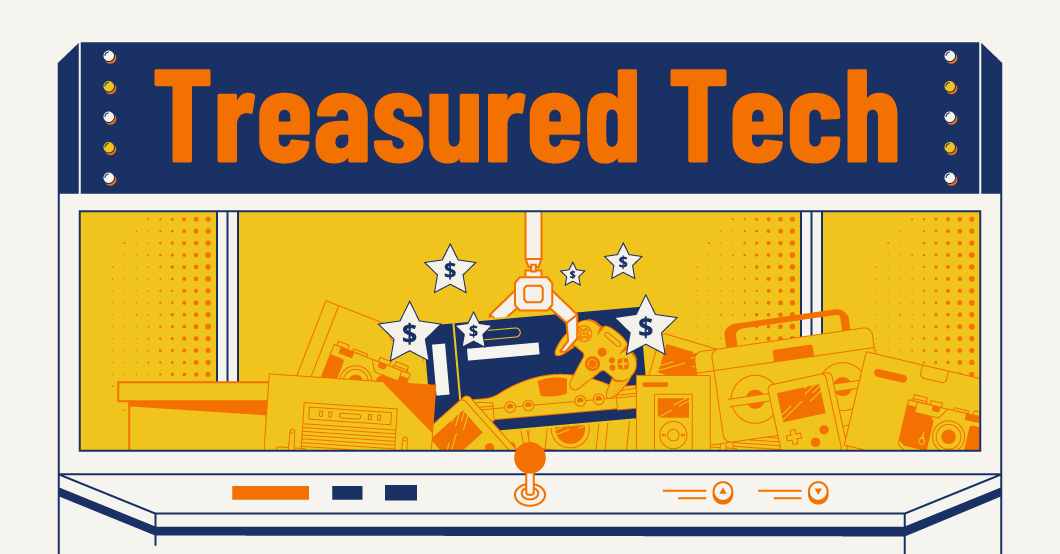 Although 1997 was the year of Amazon’s IPO, some of the best investments of that year were made in the video game aisle. That was the year the Lawson’s Ticket Station J-League Nintendo 64 first hit shelves, retailing for about $200. Some 25 years later, the rare N64 model sold for $65,000 – far outpacing the returns for even Amazon’s earliest investors.
Over the past several decades, a number of vintage electronics have appreciated in value at exponential rates. Prized for their rarity, retro design, performance, and nostalgic attributes, many old electronics now fetch sums tens of times higher than their original values. But which older pieces are the priciest today?

To find out, Simple Ghar reviewed hundreds of auction listings for older electronics on Mavin, an easy-to-use search engine that provides real-time data on what your collectibles are worth.Read on to find out how many vintage valuables you might have laying around your own home.

To determine the vintage electronics that are now worth a fortune, Simple Ghar reviewed hundreds of auction listings for older electronics on Mavin. Multiple product entries were collected for each product category. Consumer electronics were ranked based on their most recent sale price. With the exception of gaming consoles, only electronics sold individually were included.

• The 1997 Lawson’s Ticket Station J-League Nintendo 64, which recently sold for $65,000 – the most valuable vintage electronic from our analysis.
• Many of the most expensive vintage video game consoles are themed, limited edition runs like the Zelda Minish Cap Game Boy Advance, the Zelda Control Set SNES, and the Pikachu Yellow Game Boy Color.
• New releases every year make years-old technology instantly obsolete – or valued for its scarcity. Less than 10 years after its release, a factory-sealed iPhone 3GS sold for more than 25 times its original retail price.
• While the latest iPhone retails for around $1,000, a sealed, original, 1st generation iPhone recently sold for $11,900.

Use the tool below to compare items and scroll on to find the most valuable in each category.

While some vintage electronics are valued for their superior parts and components, others are valued for purely nostalgic reasons. The iPhone 3G, for example, is inferior to most model cell phones by every major tech spec – less memory, duller resolution, slower processing speeds and shorter battery life. Yet, in 2019 an 8GB iPhone from 2008 sold for $1,400 at auction – more than the latest iPhone.

The Most Valuable Product In Each Category

Every collector community has one holy grail – one elusive, limited supply item that sells for thousands of dollars over the original price. In the video game world, many of the most expensive vintage electronics are themed, limited-run versions of popular consoles. The most expensive Game Boy Advance, for example, is a special edition SP released in the early 2000s alongside The Legend of Zelda: The Minish Cap.

Produced in an extremely limited run – some estimates say just 300 were produced – these Zelda Minish Cap Game Boys are emblazoned with the Zelda Tri-Force logo and are played with real 24-karat gold. While sightings of these ultra-rare consoles are few and far between, a Zelda Minish Cap Game Boy recently sold for $24,000 at auction. Other limited, themed consoles that fetch wild prices include the Zelda Control Set SNES and the Pikachu Yellow Game Boy Color.

Click here to see this image in full size

While an asset like a car usually must be at least 50 years old to be considered vintage, many of the electronics now selling for thousands of dollars more than their original price are less than 20 years old. Apple releases new products every year, setting the pace for the consumer technology market and making products obsolete after just a few years. When the iPhone 3GS was released in 2009, for example, the 32GB model retailed for just $299. Less than 10 years later, a factory-sealed 32GB 3GS iPhone sold for $8,000 at auction.

You Could Be Reading This On A Screen Worth Thousands

Nostalgia is one of the most powerful marketing trends of the 21st century. In one 2014 study published in the Journal of Consumer Research, researchers found that feelings of nostalgia made subjects less sensitive to price and more willing to part with their money.

Collectors will pay huge sums for electronics from their childhood, creating serious opportunities for anyone with a well-preserved console, computer, or audio device. So before your next garage sale or donation drive, ask yourself – do you have any vintage electronics that are now worth a fortune?

Electronics and their prices were looked up on Mavin, where we recorded the name of the device, the price it sold for, and the year of release (where possible). With the exception of gaming consoles, where games were included in the box, only electronics sold individually (as opposed to in sets or multiples) were included.