Can You Guess These TV Shows From Their Famous Fictional Foods? 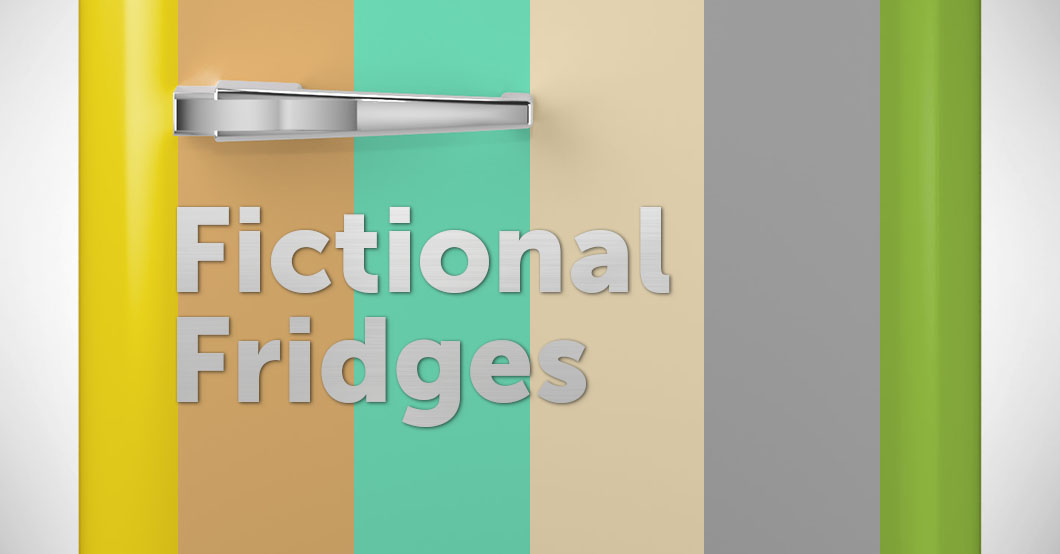 Food and television make a compelling double-act. Whether it’s the actors chew-talking their way through imaginary takeout or the very real cookie crumbs you share with your sofa, eating enhances the home-viewing experience to no end.

But the food in TV shows doesn’t appear by chance. Like costumes and décor, fictional cuisine is chosen for how it looks and what it might mean to the viewer. Some shows use real brands to recall a bygone era and lifestyle, while others invent substances to eat and drink to make whole new worlds feel complete. Either way, the most iconic shows have a unique menu that fans should recognize in an instant – if they’re paying attention.

SimpleGhar decided to put this to the test. We created virtual fridges containing food and drink from six famous TV shows – but can you guess which shows they’re from?

Prepare yourself a corn-fed space weevil, pour yourself a cold Dharma Initiative Beer, and click on the images to reveal the answers and more details about every food.

Food-themed plotlines are common in this show, not least due to the bottomless appetite of its patriarch anti-hero. Corrupted versions of famous American brands line the local gas station shelves – with gallons of beer drunk at the not-so-friendly tavern.

Whatever the Meal, Expect it Bloody

What’s red and wet and there’s lots of it at weddings? Red wine is not the only answer. This show was more about orgiastic feasts than fine cuisine – even if most of the characters don’t get to dine like kings and queens. And few TV sausages have made viewers wince like the one pictured here.

Pizza Delivery in the 31st Century

A science-fiction setting makes for an inventive menu. Unfortunately, like Soylent Green, you really don’t want to know how this food was made. Some items are more tasteful than others: that vial contains a magic liquid that causes “the inner flavor of any dish to blossom forth.”

A soup of 1980s nostalgia and genre tropes is on the table for viewers of this show – although you may be more concerned about what’s going on down underneath. Strawberry ice cream, French fries, and Coca-Cola hint at the age group of the main protagonists, but that glazed donut and cup of coffee could indicate just about any TV cop you could mention (the last we saw of this one, it was him on the menu).

Fast Fried Food that Goes Straight to the Bottom

When your character is a cartoon cook, there’s a lot of fun to be had inventing foods – and these ones have an aquatic twist. Barnacles and kelp are common underwater stand-ins for landlubber ingredients, but the recipe for the show’s famous burger remains a trade secret. Whatever the secret ingredient, it is said that “without it, there will be a complete breakdown of social order!”

It’s just as well the weather is always good, because the food in this city is among TV’s most repulsive. To be fair, it’s not always the food at fault, with unconventional serving suggestions (spaghetti in a sandwich bag, burritos from a trash bag, a shirt pocket) doing a lot of damage. Just what is the spaghetti policy, anyway?

Whether they leave you hungry or nauseous, these fridge-loads of fictional TV food will at least whet your appetite for some binge-watching. How many shows did you guess? Let us know in the comments!