Both the CFLs and LEDs were introduced to have high efficiency and lifespan than previous light bulbs. LED is the latest among the two and has a slight edge. The LEDs offer more benefits when compared to CFLs. However, it also has its disadvantages.

The below article compares CFLs and LEDs against different parameters to understand their value for money.

What is an LED Bulb? 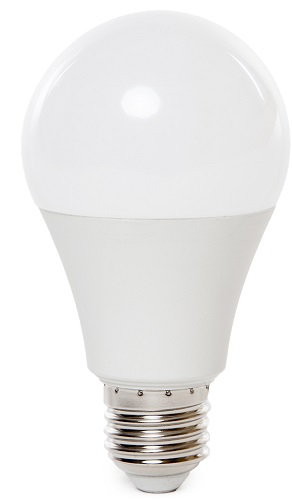 LED stands for Light Emitting Diode. An LED works on the concept of electroluminescence. When current passes through a semiconductor material, it emits photons. In case you didn’t know, photons are light particles.

There is a transfer of charged electrons when current passes through the semiconductor. This charged electron produces photons. LED bulbs do not rely on heat to produce light. Hence, they do not emit heat and are energy-efficient.

What is a CFL Bulb? 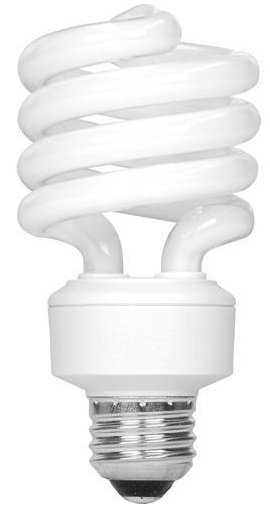 CFL bulb stands for Compact Fluorescent Lamp. It works on the principle of discharge of gases using electricity. A CFL tube contains inert gases like argon, along with a small amount of mercury. The inner surface of tubes has a coating of phosphor.

When electricity passes through the tube, it generates invisible UV radiation. The UV radiation excites the phosphor coating that emits visible light. They take some time to warm and reach their peak. CFL bulbs come with a ballast that kick starts the process.

Following are the key parameters that differentiate the LED and CFL bulbs from each other.

There is no big difference in the level of brightness between an LED and CFL. However, CFLs use more electricity to produce brightness. On the other hand, LEDs will produce the same brightness by consuming less power.

This is the reason why LED tubes are more efficient than CFLs. They can produce bright light by consuming electricity.

LED bulbs require less wattage to produce brightness. We have developed a table showing the wattage requirement of LED and CFL bulbs for different lumens.

Are CFL or LEDs more cost-effective?

When it comes to the initial cost, LEDs are higher than CFLs. However, LEDs save more energy than CFLs. Additionally, LEDs last longer than CFL. Overall, when you consider a period of 10 years, LED bulbs save you a lot of money. They are more cost-effective than CFL bulbs.

Most brands claim that their LED bulbs can last up to 10 years. But it depends a lot on your usage. If you use them for 3 to 6 hours per day, even the cheapest LEDs will last for 10 years.

How Much Heat do CFL and LED Bulbs Give off?

CFL bulbs emit a considerable amount of heat. They release most of their energy as heat, rather than light. Some laboratory tests show that 100W CFL bulbs emit 179.2F. On the other hand, the LED bulbs burn at 87.2F.

What Kind of Light do LED and CFL Bulbs Emit?

An LED bulb uses a semiconductor material to produce brightness. When current passes through the semiconductor, it emits visible light. The light is unique and similar to the natural light of the sun. It does not have to warm up and reaches its peak once you turn it on.

Everything about the CFL bulb is opposite to that of an LED. It uses a gas discharge method to produce light. It requires some time to warm before reaching its peak. When a CFL becomes old, its efficiency decreases. It needs more current to produce the same brightness.

Are LED or CFL Bulbs Safer?

CFL bulbs use mercury which is a toxic substance. However, the mercury vapors won’t cause any hazardous damage if they break. It will take a lot of time for the bulb to release vapors. So, you will have to dispose of the bulb as soon as it breaks.

Additionally, there can be a leakage of UV radiation from CFL bulbs. If you sit too close to a CFL bulb, it might damage your skin cells.

On the other hand, LEDs are safer. They do not contain any hazardous substances.

1. Can you put LED bulbs in regular light fixtures?

3. Can I replace a CFL bulb with an LED bulb?

Yes, you can replace a CFL bulb with an LED bulb. You can put the LED bulb in the same fixture. This replacement will benefit you in many ways. LEDs last longer and emit less heat. Furthermore, it will save you a lot of money on your electric bills as they are efficient.

CFLs are not obsolete. However, LEDs have become the most popular option. The CFL bulbs are being replaced by the latest LED bulbs.

CFL bulbs contain small quantities of mercury, which is a toxic material. It won’t release mercury vapors as soon as it breaks. It will take some time to release the vapors. So, you will have to safely dispose of the CFL bulbs before that.

CFLs are far better than incandescent bulbs. But, LEDs outrank them in all departments. The initial costs of LED are indeed high. However, they compensate for their high cost through efficiency. Apart from this, they last longer and produce less heat.

If you have any queries or doubts, you can let us know using the comments section. We will be glad to help you out. Also, you can share your thoughts and views in the comments box.