How To Save Electricity At Home In India

Saving electricity is slowly becoming a need as every time the monthly bill arrives, we see a certain rise in the average unit cost. Even though the per-unit cost of the electricity bill is not in our control, we can certainly control the number of units we utilize every month. After carefully observing the electrical appliances in our homes and their usage, we can simply calculate the sufficient consumption every month and reduce our bills accordingly.

There are a lot of ways you can start saving electricity in your home right from today. Let’s start with the most energy-consuming electronic devices present in most Indian households. 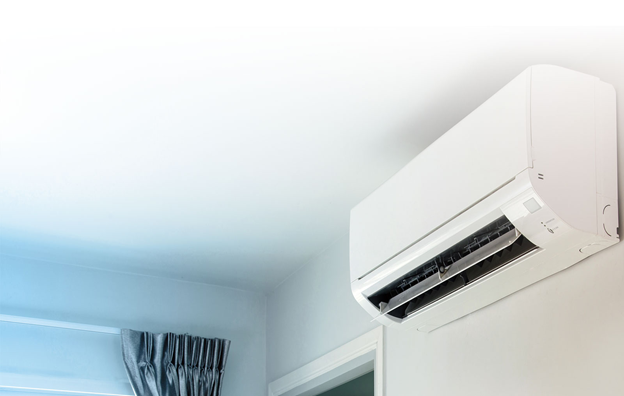 Air conditioners comprise of a very complicated mechanism that includes many different components. Altogether, these components utilize a lot of energy while it is working. Other than the electricity consumption, constant use of air conditioners also contributes to the overall global warming increase.

If you also have or are going to buy a new air conditioner, make sure you get your hands on one that is certified with 4 stars or more by the Indian bureau of energy efficiency. These devices consume less power for similar performance levels. You can also use the power saving mode of the air conditioner in summer and keep it completely off during winter when it is not necessary. 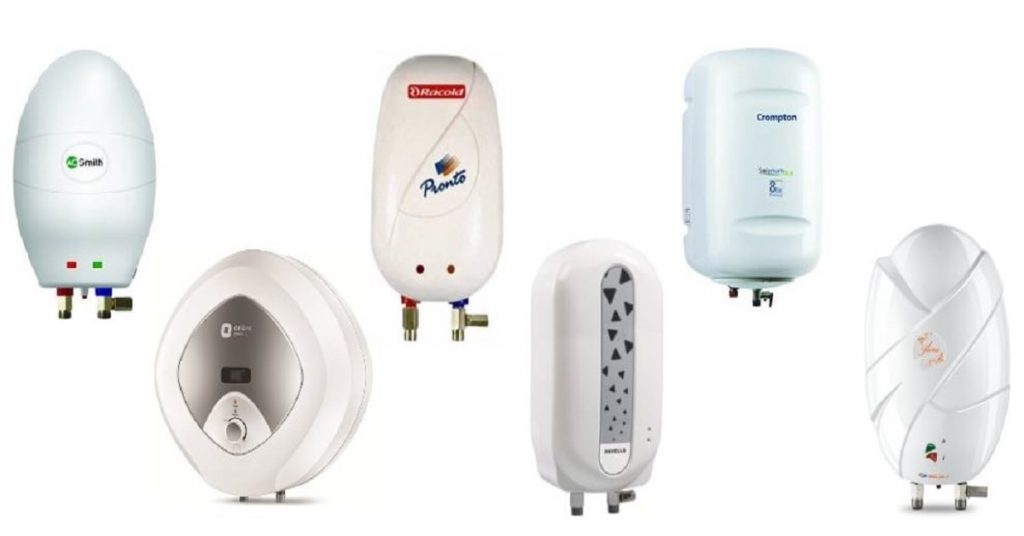 Obtaining heat from electricity requires a lot of power as the mechanism consists of thick metallic coils that are operated under heavy electrical load until they rise in temperature. To save power on water heaters, you can simply manage the use of water heaters and keep it turned on for the shortest time possible.

The easiest way to do that is to turn off the heater when the tap is running as water cannot be heated when it is flowing. In case you do not see any difference in electricity consumption after utilizing the electric water for the lowest time, get it replaced with a solar water heater. These heaters operate on solar energy and avoid a lot of electrical expenses. 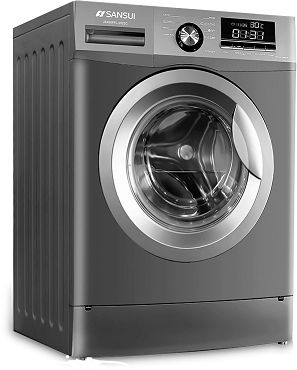 Washing machines are quite large in size and each model has a dedicated capacity mentioned which is the number of clothes it can wash in one cycle. To optimize the use of washing machines, make sure you only use them when it can be run on full load. Using the washing machine frequently throughout the week consumes a lot of power even when the load is lower.

Another way to reduce power consumption on washing machines is to set the perfect washing mode for different types of clothes. If you know the current batch can be cleaned within a little time, adjust the washing cycles accordingly. Same goes for the dryer function of the washing machine where you should only dry the clothes until it does not have any dripping water. 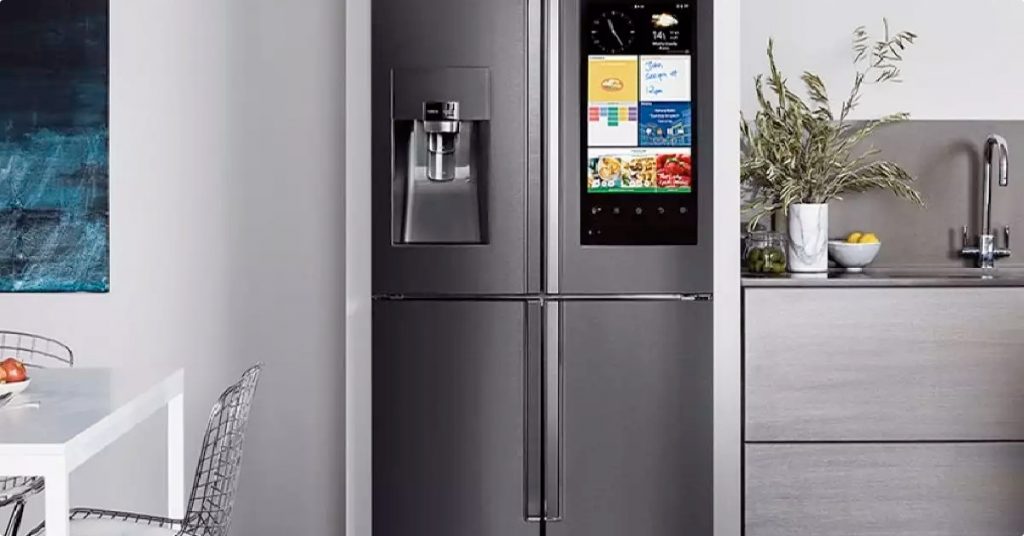 Similar to air conditioners, refrigerators also utilize similar refrigerant-based cooling cycles that consist of similarly powerful components, if not more. Containing the electricity consumption by refrigerators is sort of difficult as it needs to be kept running at all times. Although the best way to make sure it uses low power is to buy one that has been rated 4 to 5 stars from BEE, India.

Other helpful tricks to save power used by refrigerators include responsibilities like not keeping anything hot or warm in the refrigerator and always shutting the door quickly to avoid an increase in the inside temperature. If you are using more than one refrigerator, get both options replaced with a single, high capacity unit for great saving in electricity bills.

Computers might not feel like a heavy electricity consuming device as the only visible part is the display. But, there are a lot of interior components such as the CPU and graphics card that needs a lot of power to run. This is especially the case with gaming computers as one usually goes for a high-end CPU and GPU for a gaming build.

In case you already own a high-performance computer, make sure you utilize the sleep mode on the computer to have power. In sleep mode, you can turn the device back on with just a single click. This is much simpler than shutting down the computer and extremely efficient compared to keeping the computer turned all at all times. 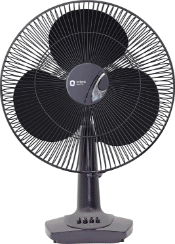 All motor-powered electrical equipment contributes a large amount to the monthly electrical consumption in your home. This includes appliances like ceiling fans, air coolers, and small table fans as well. Saving electricity on fans is quite easy compared to other electrical appliances in our homes. Simply turning off the fan while leaving the room will reduce the total fan usage up to 30% of its previous use.

Running the fan and an optimum speed is also a great way to make sure it does not consume more power than necessary. You can also completely avoid using the fans in the winter and rainy season rather than keeping it on at a very low speed. Once you have adapted to the conditions, you will save a lot of power by just keeping the fan off. 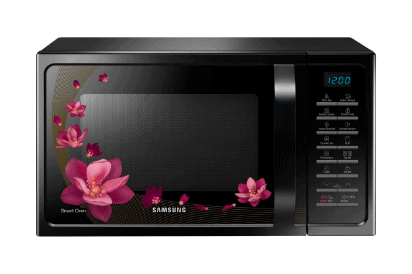 Nowadays, we all have medium to large capacity microwave ovens in our kitchen. This is yet another heat-based electrical equipment that utilizes a significant amount of electricity. You should avoid the use of microwaves to simply reheat the leftover food that does not necessarily need to be hot for consumption. This is also true for edible items that can be heated on a gas stove or simply kept out until it gains room temperature.

It is always better to invest in different appliances that servers daily purpose requirements rather than using a microwave for all applications. For example, you can get a basic oven for a simple reheating process and other appliances like a toaster and roti-maker for making regular items.

Efficient Ways to Save Electricity

Now that we have covered the most expensive electrical appliances in our homes and optimization for their applications, let’s talk about the simple steps which also saves a lot of power in the long run.

In earlier times, solar panels used to cost a very high initial cost that only made it a suitable choice for commercial applications. But now, you will see a lot of domestic users adapting to solar energy due to the increasing cost of electricity.

Therefore, the cost of solar panels has reduced significantly and everyone can get a decent solar panel on an affordable budget. You can use solar panels to power basic applications like lights that save a great deal of energy.

Darker paint on the walls reduces the reflectivity of the wall. Therefore, it absorbs significantly higher light and creates a darker ambiance in the room. In such a case, you will have to use lights even in broad daylight.

To avoid that, make sure you paint the room with light colors that keep the environment fresh and enlighten throughout the day. It would not seem like much in the beginning, but it will save a lot of electric power for the upcoming decade.

Almost all electrical appliances offer a simple way to understand their power consumption rating and electricity cost. This rating is provided by the BEE, India. This organization carefully studies the power utilization and capacity of the appliances and rate it a certain star out of 5.

Most energy-efficient applications receive a 5-star rating. While the 5 star rated appliances come at a higher cost, the added expenses is nothing in comparison with the total energy saving it will perform throughout its life cycle.

Nowadays, you will see LED lights almost everywhere because these options provide similarly bright output with less than 50% power consumption as compared to traditional lights. Before, LED lights were only available in the form of strips that had limited applications.

But now, almost every major brand is turning to LED light sources due to their increased demand. You can find LED strips, LED battens, LED bulbs, and even LED batteries that are a great alternative against regular light bulbs. If you also have not replaced your lights with LEDs by now, get it done as soon as possible.

We hope that by taking a look at our take on the best methods of saving electricity at home, you are assured about the upcoming electricity saving in your home. Just by performing the simple steps mentioned above, you can play your part in saving the environment as it will reduce the requirement of electrical energy. While it might seem a very small step, it is definitely in the right direction towards a safe and secured future.